So this Friday…I decided make Friday’s Fido Film about photography instead of informative/often-adorable dog videos. (Remember?)  If you haven’t already seen them, these gorgeous surreal photographs are by Sarolta Bán. Bán is an artist from Budapest who manipulates pictures to create images that are…stunning?  fantastical?…really the only word to describe them is surreal.

In an quest to ensure shelter animals be seen – she created a collection featuring homeless animals.  I love them.

Not only are the pictures incredible…they convey a sense of wonder rather than one of pity.  (I feel like some rescue organizations post pictures that are heartbreaking and pitiful – not pictures that encourage people to adopt.)  To me (and that’s the beauty of art…isn’t it?…you might feel differently), the images remind me that we will never know the world through a dog’s eyes…that they each have their own personality…that they dream.

Whether you appreciate them for simply their aesthetic or for the greater animal cause they are trying to shed light on, there is no doubt that these pictures are incredible. 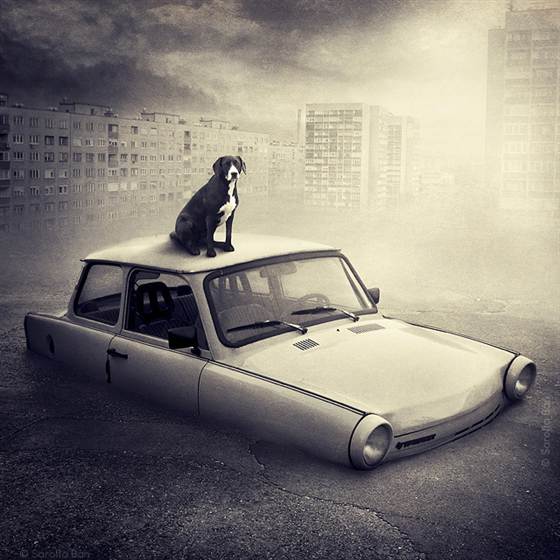 (I wouldn’t even consider myself a surrealist fan – but Sarolta Bán’s pictures are quite amazing.  Check out her website here and more about her work with dogs here.) 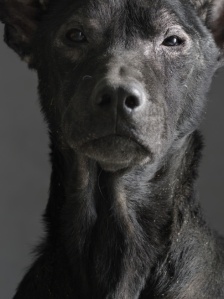 I must admit, before yesterday I hadn’t given much thought to the stray dog population of Taiwan.

Then I read an article about Tou Chih-kang.  Tou is a photographer who, for the past two years, has spent his days taking pictures of the stray dogs at Taoyuna Animal Shelter.  The pictures…portraits is a better way to describe them…are absolutely stunning.  (Please take the time to view them here.)  They are incredibly moving – even more so when you learn that each image was captured minutes before the subject was euthanized.

Ironically, Tou Chih-kang says he “doesn’t believe in having pets” (seriously, what does that even mean?!?), but he does realize that there is a huge problem with stray dogs in Taiwan.  The Taiwanese media is simply not paying enough attention to this problem, and Tou hopes to bring awareness…and hopefully eductation…to the general public.

I was captivated with this story – both Tou’s mission and the artistic, soulful way each dog was captured.  But how bad could the stray dog population in Taiwan really be?  Let me tell you, people, it is APPALLING.

So how did it get to be so bad?  In the 1980s, Taiwanese economy was booming.  Everyone had disposable income, and tons of people went out and bought themselves cute, purebred puppies.  Unfortunately, these people didn’t realize that tiny little pups grown into big hungry dogs.  With a government unprepared (or unwilling) to assist with unwanted pets…and a society that didn’t really believe in animal rights…dogs were driven to rural areas and dumped.  Thousands of dogs abandoned at relatively the same time – and as their population increased, they began to take of rural and urban areas alike.

Generally speaking, the Taiwanese weren’t too keen on dogs (I am not trying to be steriotypical…just trying to simplify.  I am sure there are many dog loving people in Taiwan!) and most believed that these stray dogs were mean, aggressive creatures that would attack for no reason.  The government assigned the task of rounding up these unwanted pooches to the Rubbish Collection Squad.  (Yes, garbage man…with no training or love for animals…were told to collect them however they could.)  The dogs were then taken to pounds – which were often just fenced in areas of garbage dumps.

Then…it gets really horrible.  I don’t want to go into detail, but lets just say they didn’t try to adopt them out or even humanly

euthanize them.  If the dogs weren’t killed in torturous ways, they were left to die “natural” deaths.  (Meaning – they were left alone with no food or water.)  The stories I have read are horrifying.

With the help of the Animal Protection Law of 1998 and activists like Tou, things are a bit better for Taiwanese dogs.  Still, 900,000 dogs were sent to government pounds between 1998-2008.  (Doesn’t sound too bad…until you realize the human population of Taiwan is only 23 million.)  70 % of these pups will be euthanized after a mere 12 day waiting period.

Through the power of art, Tou Chih-kang is trying to spread an important message.  Whether in the United States, Taiwan, or Timbuktu – a pet is a commitment for life, and we should all thing twice about how we treat all nonhuman animals with whom we share this planet.

This week, I was reminded of why I love blogs and blogging.  I can so easily lose track of time reading through people’s posts…learning about these strangers’ lives – what they ate for lunch, what they are reading, (or more often) what is going on with their canine companions.  It feels oddly like another guilty pleasure of mine – eves dropping on people’s conversations.  (I’m always shushing my husband so that I can hear what is being said the next table over!)  Little interesting snippets of someone’s life…often taken out of context…I love it!

Recently, though, my joy has come from writing and not reading.  My post Why does the Houston Chronicle want me to hate Pit Bulls apparently got many of you as fired up as the original article in the Houston Chronicle got me.  Never before have I received so many emails, Tweets, comments, and Facebook messages about a single post.  I love the fact that we (dog lovers spread the world over) can use the internet to share advice, stories, and opinions.  I think the more we talk (or write) about our own positive experiences with these so-called aggressive…the more power we give ourselves to shape the way these breeds are portrayed in main stream media.

If the pup pics below can’t change someone’s mind….I don’t know what could! 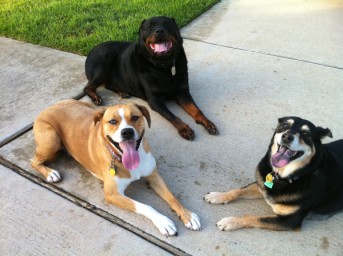 This pic of three good lookin' Pit Bulls/Rotties was sent to us by one of our Twitter friends, Mike. After her read our post about the Houston Chronicle, he wanted to show us just how cute well-mannered (and cute!) these "aggressive" breeds can be.

Here is SUKI! This pic was sent to us by our friends over at The Animal News (@TheAnimalNews for you Tweeters.) I think it's clear to see that Suki isn't a fan of her raincoat!

With they year still fresh and new, we all have resolutions on the brain.  (See how you can enlist the help of your dog to reach your new year’s goals.)  I have quite a few resolutions myself…one of them includes making the Wags & Whiskers blog the most amazing blog it can be!  This means doing more research, getting more educated, giving away more goodies, spending more time with animals (is that possible?!), and basically giving you MORE of what you want to read.  That being said, I would welcome suggestions on topics or other blogs I could look too for inspiration.  I also would love for this blog to be more of a conversation…in other words, I would love to hear from you!

Now that I’ve used the word “more” far too many times, let’s move on to what we all really need in 2012…MORE puppy pics!

Angel - one of the sweetest dogs I have EVER met! 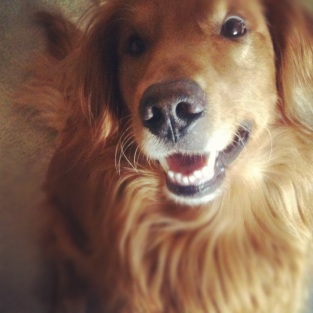 Jack - it took me many tries to get a pic of this guy sitting still. The energy on this one!

Ah, Wednesdays.  They are so hate-able.  You’re bogged down with the drama of your week, and that weekend seems so far off.  One of my favorite things to say (to the point of almost being annoying) is “It’s the little things!” For me, sometimes a little thing can be as little as seeing adorable pup pictures.  I’m always down to gaze upon a cute specimen of the canine variety.

So, here is my gift to you!  Just a few pictures that will hopefully brighten your gloomy day.

(P.S. These pictures might even brighten your Thursday or Friday too!) 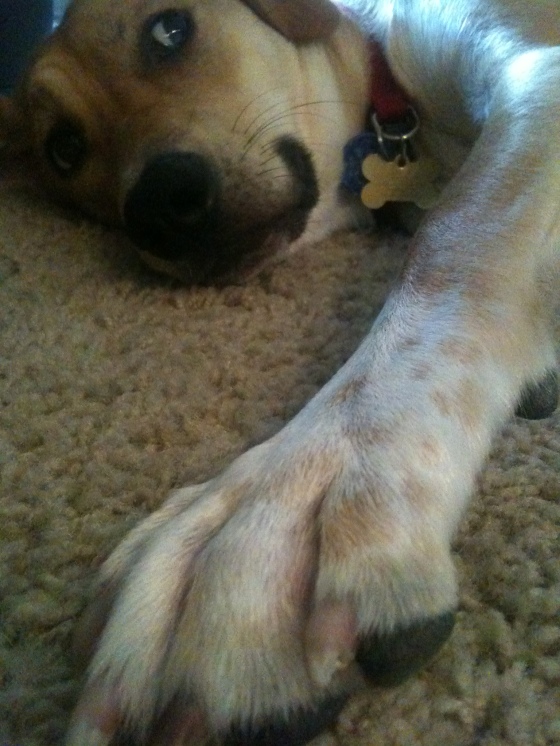 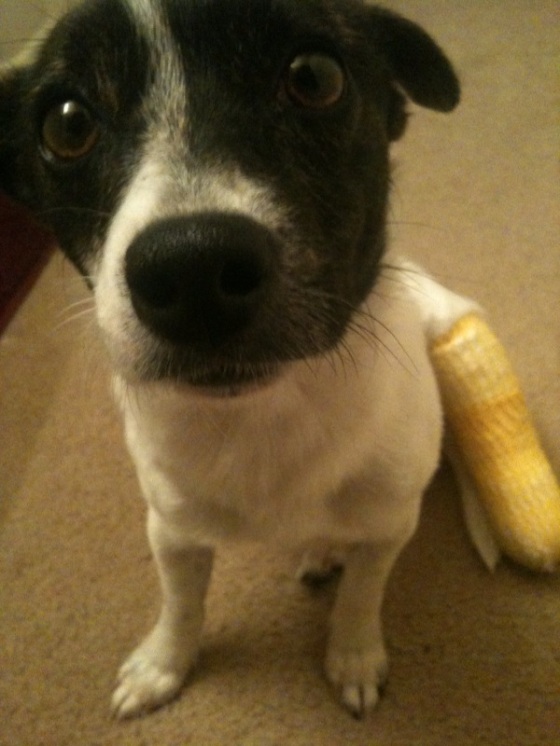 If you have a cute picture of your own pooch that you would like me to include in a future post, please feel free to send it to blog@wagsandwhiskershouston.com.  You can include name, breed, fun facts, whatever!